CPS members recently teamed up with astronomers from McDonald Observatory to discover and characterize a Jovian exoplanet on an eccentric (egg-shaped) orbit, which we affectionately call “Planet Pi.”*

The CPS team has been observing the star HR 5183 for over 20 years as part of a radial velocity (RV) survey looking for giant planets with long orbital periods. RV astronomers look for planets around a star by measuring its speed over many nights. Orbiting planets tug on their stars, creating distinctive stellar speed signatures (generally called RV curves), which we can model mathematically to determine planet properties.

The RV curve of HR 5183 was relatively flat for almost 15 years, at the time suggesting no detectable planets. However, it began rapidly accelerating around 2016, then turned around and started decelerating in early 2018. The CPS/McDonald Teams recognized this distinctive pattern as the hallmark of a giant eccentric planet (Planet Pi) passing through its closest approach to its star. 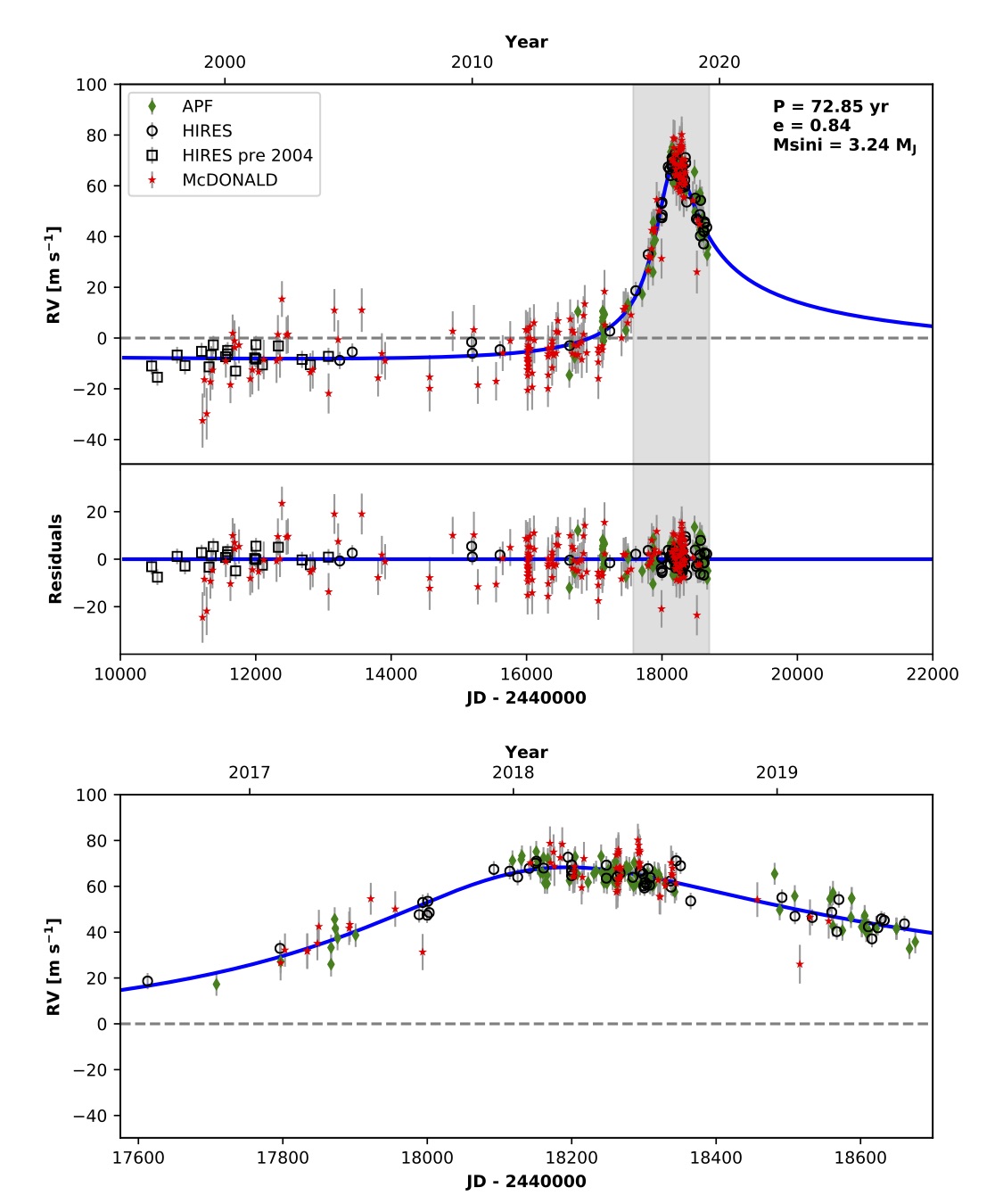 A high eccentricity typically indicates that the planet had a close encounter with another planet or star earlier in its lifetime. In the case of Planet Pi, though, we didn’t find any other promising planets or stars in the system that could have pumped its eccentricity. One possibility we presented in our paper is that there used to be another planet in the system, but when Planet Pi gravitationally interacted with this other mystery planet, the mystery planet was ejected, doomed to wander the cosmos alone forever. We’re not sure if this scenario is correct, but future simulations will shed light on this (and other) possibilities.

You can find the Planet Pi discovery paper at this link. A news article summarizing the discovery can be found here.

* We call this object “Planet Pi” because we originally thought it had a (minimum) mass 3.14x that of Jupiter. Refined estimates have shown that the (minimum) mass is more like 3.24x Jupiter, but the name stuck.